The focus of IoT4U was to explore development and design processes for IoT devices and the operation for corresponding networks. We decided to illustrate this process using a smart greenhouse. We primarily focused on the simulation of hardware (virtual prototyping). In addition to this, the topics of hardware design, software, data aggregation and processing, and communication of IoT devices are also relevant. 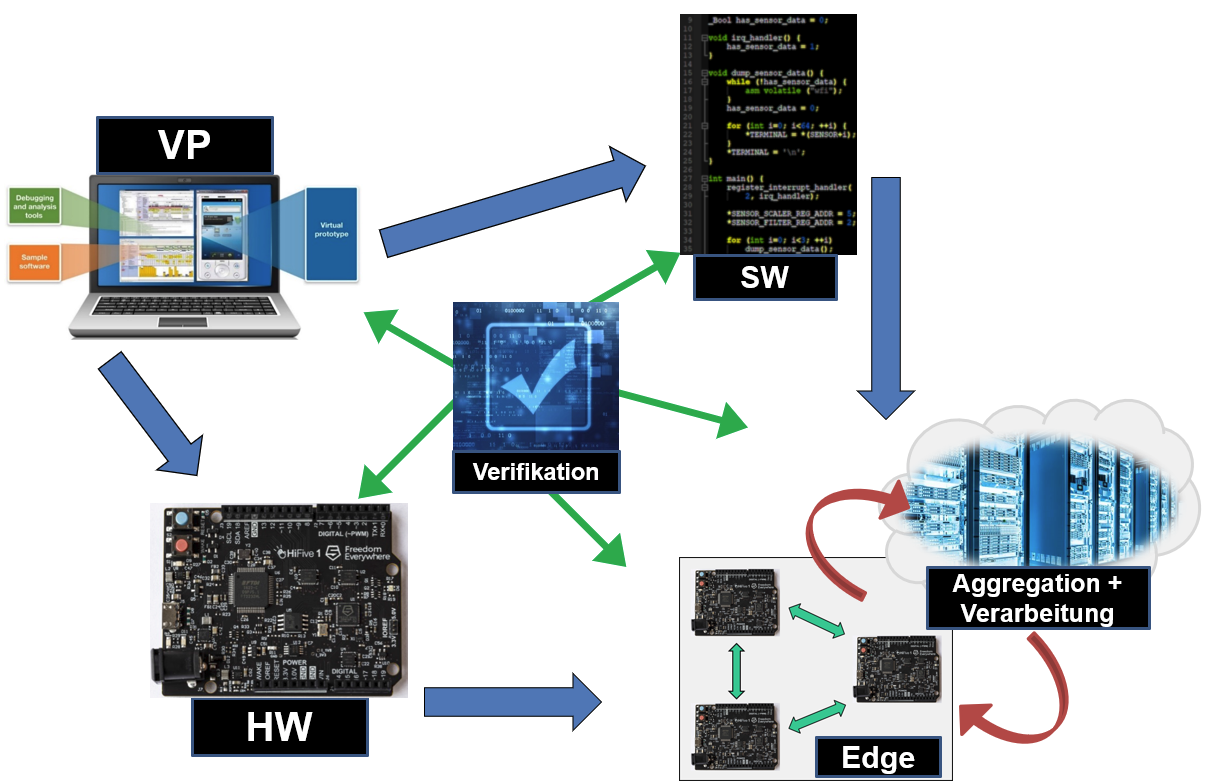 We developed smaller sub-projects for most of these topics. In addition, the topic of magnetic levitation emerged. In the following, we will provide a closer look at these subprojects.

Virtual prototypes are hardware models that run on a computer. With the help of these hardware models, one can debug hardware designs and write software for these platforms without actually having to produce or buy the hardware. In the context of our project, we focused particularly on the RISC-V VP from the ‘Arbeitsgruppe Rechnerarchitektur’ (AGRA). This models hardware that uses the RISC-V instruction set. Specifically, this has been extended to include sensors and functions used to help develop software for IoT devices.

During the course of the project, a custom printed circuit board was also designed and developed. The goal was to adapt this as precisely as possible for use in a greenhouse. Special attention was therefore paid to the size and energy efficiency.

We also looked at the question of how users control IoT devices on several levels. For example, a subgroup of the project began developing its own scripting language and interpreter. This language should provide users with an easier possibility to program IoT-devices and OTA-Updates.

Another group was primarily concerned with the question of how IoT devices communicate with each other. Therefore they analyzed, explored and worked with the MQTT protocol. In the course of the project, the structure and functionality of the protocol was examined and a topology of the network participants was created on the basis of recorded messages.

Logistics can also play a crucial role in a greenhouse. For this reason, some students found the approach of Magnetic Levitation particularly exciting. Here, magnets are made to levitate. In order to assess this behavior, weigh up material requirements and develop control algorithms in advance, a simulator for magnetic forces was developed.