This page contains the results of the conducted experiments to see how well the flight of balls on a soccer field can be predicted using a camera-inertial sensor. The results are given as a set of videos visualizing the prediction performance of time and were initially presented in [1]. Please note, that we wanted to prove that these sensors in principle provide enough information for such a prediction. So this study uses manually detected circles as an input to the estimation and prediction layer.

The videos are splitted into four quadrants:

Ball Moving Towards the Observer 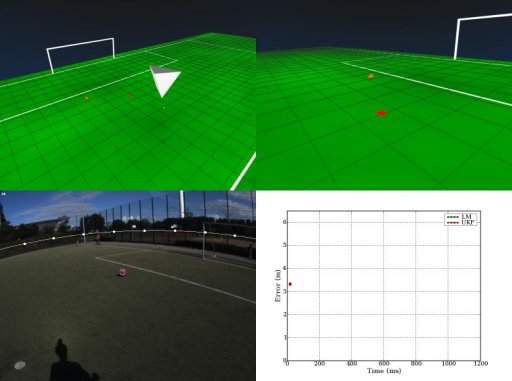 Ball Passing by the Observer 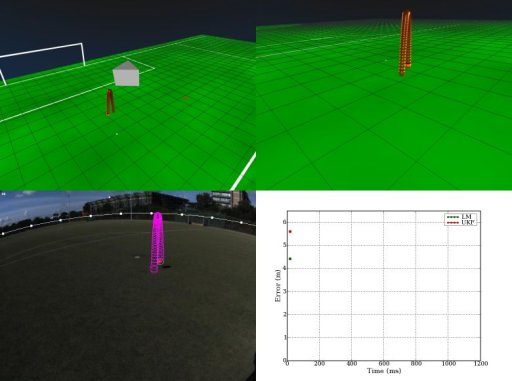 Long-Distance Ball Flight Towards the Observer 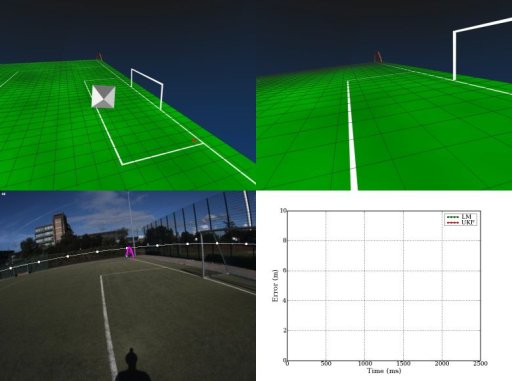 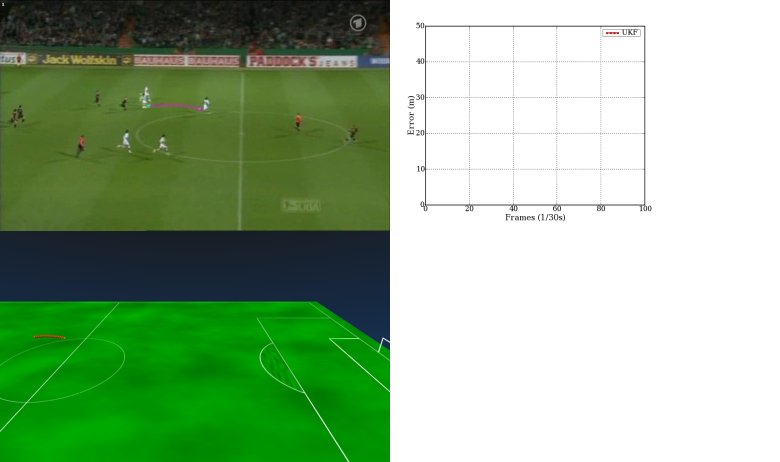 The introduced methods can be used to estimate and predict the state of ball and camera using only the images from a television broadcasted scene. The following video shows how this might look like. Because of the poor quality of the television images and the partially unknown dimensions of the soccer field, the perfomance is not as good as in the scenes above, but indicates, that the method is well suited for this kind of problem, too. Download high-quality version

The experimental data and the source code leading to this results will be made available for download in the near future.